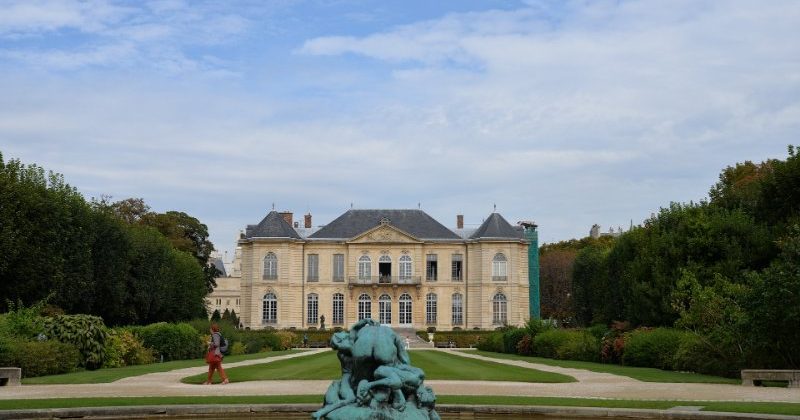 If you’re looking for a dose of culture during your time in Paris, you’ll want to check out one (or all!) of the city’s world-famous museums. From the Louvre to the Musée d’Orsay, there’s no shortage of amazing art and history on display. But with so many choices, how do you know which ones are worth your time?

One museum that’s definitely worth a visit is the Rodin Museum. It is located in the 7th arrondissement; the museum is housed in a beautiful 18th-century mansion and features the largest collection of works by French sculptor Auguste Rodin.

The Rodin Museum or Musée Rodin is one of Paris’s most popular tourist destinations. More than 700,000 people visit the museum every year to see the world-famous sculptures of Auguste Rodin.

The museum is located in the 7th arrondissement, near the Invalides and the Eiffel Tower. It is easy to get to by public transportation, and there are plenty of things to do in the area around the museum.

The Rodin Museum was founded in 1919, just two years after Auguste Rodin’s death. The museum was created to house the artist’s collection of sculptures, drawings, and prints. Today, the museum has one of the largest collections of Rodin’s significant creations.

The museum houses the best-known sculptures, including some of Rodin’s most famous works, like The Thinker and The Kiss. But the museum also has an extensive collection of Rodin’s drawings and prints and an Image gallery of the selection of paintings by other artists.

Here are some of the Auguste Rodin’s artworks to see in the museum.

The Abattis sculpture by Auguste Rodin is a masterpiece composed of several body parts. The sculpture includes hands in different formations.

The Adam by Auguste Rodin is one of the bronze sculptures and masterpieces housed in the Rodin Museum. The statue is a representation of the first man on earth.

Rodin put an allegorical depth on his artworks of people close to him, such as Farewell (1898) and France (1904). Both of which were based on the Mask of Camille Claudel. Aurora is an excellent example of how Rodin did this, and it is one of his most famous works.

Bas-relief, Mask of a Weeping Woman, and Centaurs

The Bas-relief, Mask of a Weeping Woman and Centaurs is one of Rodin’s sculptures and the artist’s most famous works. The sculpture is a bas-relief, which means it is a three-dimensional work carved into a flat surface.

The central figure in the sculpture is a woman who is weeping. She is surrounded by a group of centaurs, which are creatures with the body of a horse and the torso and head of a human.

Artworks of Other Artists

Here are some of the artworks by other artist to see in the museum.

Claudel was an extremely talented sculptor in her own right, and many believe that her work was even more innovative than Rodin’s. One of her most famous sculptures is Clotho, which she created inspired by Greco-Roman mythology.

Head of Apollo by Antoine Bourdelle

The Head of Apollo, an iconic sculpture by Antoine Bourdelle, is displayed at the Rodin Museum’s garden grounds. Bourdelle created the sculpture from 1900 to 1909, and it is considered one of his masterpieces. The Head of Apollo is a head sculpture of the Greek god Apollo.

Père Tanguy by Vincent Van Gogh is a painting that depicts an older man named Julien Tanguy. Père Tanguy was a Parisian paint dealer close to Van Gogh and his brother Theo. The painting was created in the 1880s and is currently displayed at the Rodin Museum.

Woman Combing Her Hair Seen from Behind by Eugène Carrière

The Woman combing her hair seen from behind by Eugène Carrière is a beautiful piece that captures the essence of femininity.

The Woman has her back to the viewer and is in the process of brushing her long hair. This painting is special because of the attention to detail that Carrière paid to the brushstrokes and play of light and shadow.

How to get there

Getting to the Rodin Museum is easy. The closest metro station  is Saint-François-Xavier station and Varenne Arrondissement: 7eme, 77 Rue de Varenne.

You can take the RER B train to Invalides if you’re coming from the airport. Several bus lines stop near the museum.

Here are some tips for visiting the museum:

If you’re looking for a luxurious place to stay while in Paris, look no further than Hôtel Le Tourville. This five-star hotel offers some of the best amenities in the city, including a bar, cleaning services, and an airport shuttle. Plus, its location right on the Seine River makes it the perfect spot to enjoy Paris’

The Hôtel Duquesne Eiffel is a beautiful hotel located in Paris, France. The hotel is named after the famous Eiffel Tower, located just a few blocks away. The hotel has a beautiful view of the Eiffel Tower and is the perfect place to stay if you are visiting Paris.

The Hôtel de France Invalides is a beautiful accommodation located in the heart of Paris. It offers guests a luxurious experience with its elegant rooms and impeccable service. The hotel is also within close proximity to some of the city’s most famous landmarks, including the Rodin Museum.

Things to Do & See Near Rodin Museum

The Tomb of Napoleon Bonaparte is a must-see for any history buff visiting Paris. The tomb is located in the crypt of the Invalides. It features a marble statue of Napoleon, surrounded by a series of reliefs depicting scenes from his military campaigns.

The Army Museum is a museum located in Paris, France. It is dedicated to the history of the French Army. The museum is housed in the Invalides complex, a former military hospital, and monastery. The museum was founded in 1905.

The Air France Museum is an aviation museum located in the Le Bourget Airport in Paris, France. The museum was founded in 1919 and is the oldest aviation museum globally. It is a museum dedicated to aviation history, with a collection of more than 200 aircraft and aircraft documents on display.

The Eiffel Tower is a very well landmark in the city of Paris, which is located in France. It was built between 1887 and 1889, and it currently holds the title of the highest structure in Paris. The tower was given its name in honor of Gustave Eiffel, responsible for its design.

Where is the Rodin Museum located?

The Rodin Museum is located in Paris, France.

What are the hours of operation for the Rodin Museum?

What is the best time to visit the Rodin Museum?

The best time to visit the museum is early in the morning or late in the afternoon when it is less crowded.