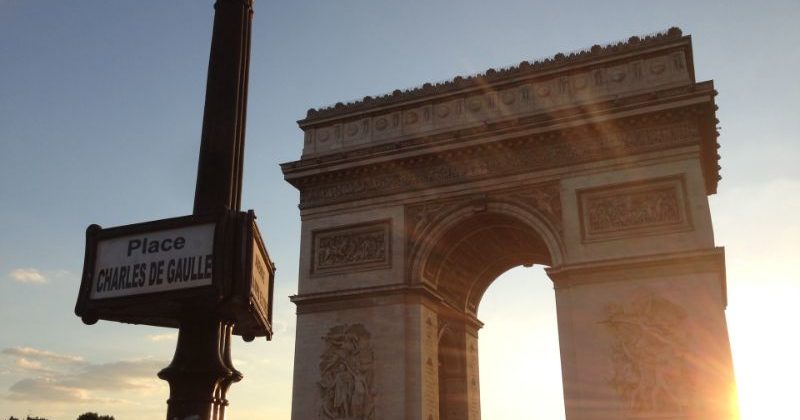 Squares have been a part of Paris since its founding, with the first recorded square appearing in 1229. Since then, they have served as gathering places for residents, places to relax and enjoy the city, and even as sites of political protests. Today, there are over 400 squares in Paris, each with its own unique history and character.

In this article, we will explore the most beautiful squares in Paris, based on their historical significance, beauty, and the amenities they offer visitors.

As a tourist visiting Paris for the first time, you’re looking for ways to experience all that the city has to offer. You’ve seen pictures of the beautiful squares in Paris, and you want to know which ones are worth visiting. This article will help you do just that.

The squares in Paris are a major part of the city’s history and character. They’ve been used as gathering places for centuries, and each one has its own unique story to tell. In this article, we’ll rank the 10 most beautiful squares in Paris based on their historical significance, beauty, and the amenities they offer visitors.

Place Vendôme is a must-visit place of interest near Venôme! Located in the 1st District of Paris, northwest of the Tuileries Garden, Place Vendôme is the home of the Ritz hotel, the former Embassy for the Republic of Texas. This square is named after the hotel “Vendôme” an individual mansion located on the square.

Place Vendôme was ordered for King Louis IV by wanting to reposition the area around Versailles which has been dominated by old narrow alleyways. The huge square was planned as being surrounded by about 125 public buildings but these Pharaonic projects had become costly and it had been abandoned.

Nevertheless, Place Vendôme remains a popular destination for tourists and locals alike. So when you’re in the area, be sure to check it out!

Place de la Concorde is another large square located in the first arrondissement of Paris. It is best known for its role in the French Revolution when it was the site of public executions by guillotine.

Today, the square is home to the Luxor Obelisk, a 3,300-year-old Egyptian artifact that was gifted to France in the 19th century. The obelisk stands nearly 75 feet tall and is decorated with hieroglyphics that tell the story of Pharaoh Ramses II. At the base of the obelisk are four bronze lions that were added in 1836.

Place de la Concorde is a popular tourist attraction and a beautiful spot to take in some of Paris’ history.

Nestled in the city’s Marais district, the square is a perfect spot for a picnic or a photo op. The garden is an urban green space at its best, with secluded 17th-century mansion gardens and an elegant lawn.

The palace was ordered by Henri IV, and the original name was Place Royal. The garden itself can be called the “Square Louis XIII” by the French ruler after the monarch had a wedding anniversary on the site for Anne of Austria.

If you’re looking for things to do in the Marais district, Place des Vosges is a must-visit. The square is home to the Maison Victor Hugo museum, which is dedicated to the life and work of the famous French writer.

The museum is housed in a beautiful 17th-century mansion, and it’s definitely worth a visit if you’re interested in French literature.

If you’re looking for a place to relax in the city, Place des Vosges is a great option. The garden is an urban green space at its best, with secluded 17th-century mansion gardens and an elegant lawn. It’s the perfect spot to take a break from sightseeing and enjoy some peace and quiet.

Place Dauphine is a small square located on the Île de la Cité, one of two natural islands in the Seine River that flow through Paris.

Place Dauphine is definitely a must-visit when you’re in Paris. It’s a square located on Ile de la Cité west of the city, and it’s named after King Henri IV’s dauphin. This is one of the most historic squares in the French capital and is incredibly well-designed and has a really interesting history.

It was established on the location of three natural islands, and Jacques de Molay, the last Grand Master of the Knights Templar, was burnt at the stake here in 1314.

Place de la Bastille is a large square located in the east of Paris. It is best known for its role in the French Revolution when the Bastille prison was destroyed by crowds of protesters. Today, the square is home to the Opéra Bastille, a modern opera house that was built in 1989.

The Opera Bastille is one of the most popular tourist attractions in Paris and is definitely worth a visit if you’re in the area.

Place de la Bastille is also a popular gathering place for protests and political rallies, so it’s always interesting to see what’s going on there. Even if nothing is happening, it’s still a beautiful square and a great place to people watch.

Place Saint-Michel is a large square located on the Île de la Cité. It is named after the nearby Saint-Michel fountain, which features a statue of the archangel Michael slaying a dragon. The square is a popular gathering place for students from the nearby Sorbonne University, and it is also home to the Saint-Michel church.

Place de la République is the largest square in Paris and is located in the 3rd, 10th, and 11th arrondissements. The current shape of the square is by Baroness Hausson. The urban architect was responsible for urban renovations during the Second Imperial Era.

Place de la République has renamed itself after the newly re-established Third Republic (1871-1940). On its center is a bronze sculpture by Léopold and Charles Morice of Marianne (9 m high) built on 14 July 1883. In its right hand, Marianne holds olives and the human rights tablets.

In 1789, it became Place du Pont-Neuf and then Place Louis XVI after the French Revolution. After 1830, it was renamed Place de la République to commemorate the July Revolution of 1830 which established the constitutional monarchy in France.

Place des Victoires is a small square located in the first arrondissement of Paris. The square was built in 1686 to honor King Louis XIV, and it is home to the Column of Victory, a monument that was erected in 1810 to commemorate Napoleon’s military victories.

Place de la Madeleine is a large square located in the eighth arrondissement of Paris. It is named after the nearby Church of Saint-Marie-Madeleine, which was built in the 18th century.

The square is home to a number of high-end shops and department stores, as well as the Maison de la Radio, the headquarters of France’s public radio broadcaster.

Place Charles de Gaulle, also known as the Place de l’Étoile, is a large square located in the 16th arrondissement of Paris. The square is home to the Arc de Triomphe, a monument that was built in 1806 to honor Napoleon’s military victories.

The square is also surrounded by a number of other monuments, including the Église de la Trinité, the Champs-Élysées, and the Hôtel des Invalides. If you’re looking for a place to enjoy the best of Parisian architecture, then Place Charles de Gaulle is definitely worth a visit.

Where are the most beautiful squares of Paris?

Paris is renowned for its spectacular squares, which offer a variety of functions and activities for locals and visitors alike.

The most famous square in Paris is the Place de la Concorde, which is located at the end of the Champs-Elysées. This huge royal square was commissioned by Louis XV and features a number of iconic landmarks, including the Obelisk of Luxor and the Fontaine des Mers.

Other notable squares in Paris include the Place Vendôme, home to the world-famous Ritz hotel, and the Place des Vosges, which is considered to be one of the most beautiful squares in the city.

Whether you’re looking to do some people-watching, take in some sights, or simply enjoy a peaceful moment in the sun, a visit to one of Paris’s many squares is sure to delight.

There are various square types in Paris:

If you’re looking to get a dose of royal history while in Paris, you’ll want to check out one of the city’s many royal squares. These majestic spaces were built to glorify France’s monarchy and showcase the power and wealth of the ruling class.

The most famous royal square is probably the Place des Vosges, which was commissioned by King Henri IV in 1605. However, other notable royal squares include the Place Dauphine, the Place Vendôme, and the Place de Concorde. Each of these royal squares has its own unique history and architecture, making them well worth a visit for any history buff. So next time you’re in Paris, be sure to add a few royal squares to your itinerary.

If you’re ever in Paris, be sure to check out the fountain squares! They’re a popular spot for tourists and locals alike. There are several fountain squares in Paris, each with its own unique style. The square style resembles a town square.

It’s one of several fountains of Paris like Place Saint-Michel and Place Félixe – Eboué. The fountain at the center of the square is surrounded by four statues that represent the seasons.

The fountain was designed by architect Jacques Derrida and sculptor Henri de Monceau. If you’re looking for a more traditional fountain square, then be sure to check out Place des Vosges.

This square is located in the Marais district of Paris and is the oldest planned square in the city. It was built in 1612 and features a central fountain with two tiers of columns.

The fountain is decorated with sculptures of lions and dolphins. There are also several benches around the fountain where you can sit and enjoy the views. So if you’re ever in Paris, be sure to check out the fountain squares!

If you’re looking for market squares in Paris, there are a few places you can check out. One of the most popular market squares is the Place du Marché Saint-Honoré, which is located in the 1st arrondissement.

This market square is known for its stalls selling a variety of items, from fresh produce to Parisian souvenirs.

If you’re in the market for some unique gifts or just want to browse, this is a great place to check out. There are also a few other market squares scattered throughout the city, so be sure to explore and see what each one has to offer. Whichever market square you choose to visit, you’re sure to find something interesting and unique.

Paris is known for its beautiful squares, and this article has highlighted the top 10 most stunning ones. Whether you’re looking for a place to relax and take in the history and beauty of Paris or you want to find a spot to enjoy some food and drinks with friends, these squares are sure to please.

So next time you’re in the City of Light, be sure to check out one (or all!) of these lovely Parisian squares.

What are the most beautiful squares in Paris?

What can I see and do in the squares in Paris?

At these squares, you can see some of the most beautiful architecture in Paris, as well as enjoy the cafes, shops, and restaurants. You can also find some of the best views of the city from these squares.