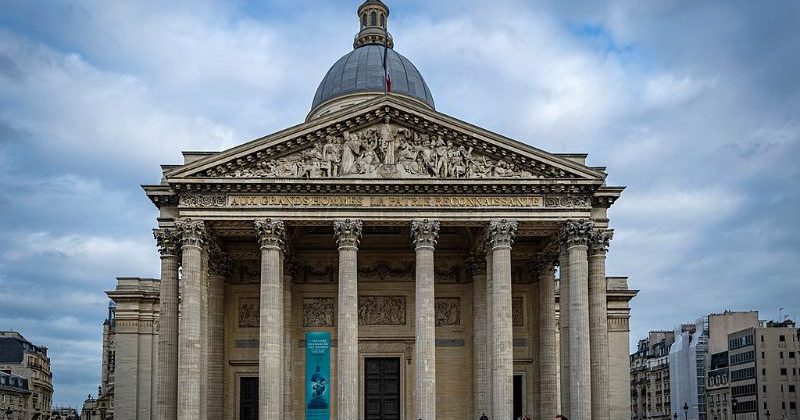 When most people think of Paris, they think of the Eiffel Tower and the Louvre. But there’s another famous tourist attraction in Paris that often goes overlooked: the Pantheon. Here are surprising facts about this iconic building that every traveler should know before visiting.

The Pantheon is one of the most popular tourist attractions in Paris. This grand and iconic building sits in the heart of the city, drawing people from all over the world with its rich history, stunning architecture, and jaw-dropping design.

As you step inside the Pantheon, you will be amazed by its soaring columns, ornate sculptures, and rich colors that seem to glow like gold. But this fascinating structure is not just a monument to past achievements – it also contains gorgeous gardens and quiet spaces where you can simply sit back, relax, and take in all of its beauty.

Whether you are looking for a fascinating place to explore or just want to recharge your batteries amid some natural beauty, there is no better destination than the Pantheon in Paris. So if you are planning a trip to this amazing city, don’t forget to add this incredible destination to your travel itinerary!

What is the Pantheon?

The Pantheon is an iconic building in Paris that was built in the 18th century. It is a burial ground for famous French people and has many famous paintings and sculptures. The Pantheon is also a popular tourist attraction because of its architecture and history.

Louis XV wanted to build a new church for Saint Genevieve, the patron saint of Paris, as a promise if he recovered from a serious illness. Soufflot, a young architect who was only known in Lyon at the time, was chosen to design the church. The Pantheon was built in the neoclassical style and was influenced by Greek antiquity.

The dome of the Pantheon is actually larger than the one at the Vatican. construction on the Pantheon began in 1764 and was completed in 1790, just before the start of the French Revolution. Today, the Pantheon is one of the most popular tourist attractions in Paris.

During agitated periods of the French Revolution and onwards, the Church became a Republican place and a place to bury famous people like Voltaire, Rousseau, Pierre, Marie Curie, and Victor Hugo. They are 73 at the moment in the crypt.

Things to See & Do at Pantheon

The Pantheon was originally built as a church, and it is one of the most popular tourist destinations in Paris. The Pantheon is home to the graves of many famous people, including Marie Curie, Victor Hugo, and Jean-Paul Sartre.

Visitors can also admire the beautiful architecture of the Pantheon, which includes its massive domed roof and elegant columns. Additionally, the Pantheon is known for its impressive collection of paintings and sculptures, including works by artists such as Rodin and David.

You can also admire one Pendule de Foucault in the center of the monument (proof of the rotation of the Earth), and a beautiful panoramic view of Paris from the Dôme at certain times of the day.

According to research, 8 million people visit the Pantheon each year. This makes it one of the most popular tourist attractions in Paris.

The Pantheon is a famous tourist attraction in Paris that travelers should learn about so they can fully enjoy their time in the city. The Pantheon is a burial ground for famous French people and has many beautiful artworks to see, making it a must-visit destination for anyone traveling to Paris.